Design your own Safari
Link to this trip

The limitless Sea of Sand that dissolves into mystery and imagination. It is one of the world's greatest wonders.... a land of extreme and unearthly beauty...Private Tour

1st Day - Marrakech
Upon early morning arrival, you will be escorted to four-star Hotel.
Explore Marrakech, former capital of the Almohad empire, is Morocco’s second oldest imperial city and retains the majestic splendor of its ancient past. Buildings are blushed in hues of rosy earth, and horse-drawn carriages clip along broad avenues lined with palm, lime and orange trees. Donkeys carrying carts trawl past fragrant gardens of roses, honeysuckle and jasmine. Dining and lodging at the four stars hotel Tichka.

2nd Day - Ouarzazate
Tour scenic Ouarzazate, near the majestic snow-capped High Atlas Mountains, we’ll head to the four-star Hotel Hanan Club. After a traditional Moroccan meal by the pool, we’ll explore Ouarzazate. Ruled by the French in the 1920s, it has since been a popular location for film shoots. We’ll visit one of the many famous kasbahs of Morocco, Tifoultoute, used as a hotel for the cast of Lawrence of Arabia in the 1960s. Although the Kasbah Tifoultoute was once protected by a powerful dynasty, now its only guards are a sentry of large storks nesting atop its towers. Kasbahs are essentially fortified villages traditionally inhabited by specific Berber tribes and some of the small kasbahs may belong to a single extended family. Overnight stay in the four-star Hotel Hanan Club.

3rd Day - Ouarzazate – Zagora
We’ll begin our day with a visit to the kasbahs of Ait Ben Houd. Kasbahs built with mud-clay from the banks of the Draa River are often beautifully decorated. Ait Ben Houd is one of the most impressive in the country and was given a World Heritage status by UNESCO.

After lunch we’ll drive to Zagora, a lush, inhabited oasis known for its delectable dates that grow on palm trees. The weekly market on Sunday in Zagora offers an opportunity to mingle amid the tribes selling a plethora of goods, and to also watch the local action of the donkey market. We’ll travel through the magnificent mountainside of the High Atlas, a spectacular vista dotted with colorful Berber villages, sparkling lakes, and fragrant cedar forests that come alive with the chatter of the Barbary apes.

As we approach Agdiz, through the Draa Valley — a 200-kilometer long oasis— the forests give way and the approaching desert emerges like a mirage. Palm-groves fringe an occasional river nestled along sandy banks, and ksour or fortified, turreted villages spring up like sand castles. This area has long been a popular location for Hollywood films, including The Last Temptation of Christ, Jewel of the Nile, and most recently Hideous Kinky. We’ll spend a full day experiencing the unhurried pace of rural life in Zagora’s oasis. We’ll enjoy a traditional meal during a sensational music and dance performance by the camel-driving desert nomads, the Tuaregs or "Blue People" named for the indigo-dyed garments that sometimes tinge their skin blue.

Accommodation at your luxury hotel Kasbah Asma in Zagora.

4th Day - Merzouga
Explore the mystical Saharan landscape as you ride by camel over the stunning sugar-fine sands of Merzouga as the red sun sinks. As night falls, watch traditional folkloric dance and listen to the heady intoxicating beat of Berber drum music and song during the traditional pouring of mint tea. Watch bread being baked in the sand, and delight in a Moroccan feast of harira soup, a savory tagine (stew with meat and vegetables), couscous, fresh fruit and exquisite Moroccan pastries.

At nightfall, we’ll sleep under a nomad tarp beneath flickering stars in the clear desert sky. Experience a sense of timelessness in the still, silent desert unchanged since caravans loaded with spices, gold and indigo crossed long ago. (Lodging is also available at Todra’s local auberge at the edge of the dunes.) Good walking shoes are recommended.

5th Day - Merzouga – Tinghir-Boumalne du Dades – Kelaa M’Gouna – Ourzazate
After a special Berber breakfast, we’ll depart for Ouarzazate , traveling the rugged Road of a Thousand Kasbahs that rise up like turreted sand castles along this ancient caravan trading route.This area has long been a popular location for Hollywood films such as The Last Temptation of Christ, Jewel of the Nile, and most recently Hideous Kinky.

The central region is one of the most exciting and romantic destinations of Morocco nestled along rich river valleys, palmeries and burnished mud-brick homes ablaze in vibrant color under the shelter of the blue desert sky.We’ll travel through the Dadès Valley past dramatic escarpments and plunging gorges via Tinerhir. We’ll stop for a barbecue lunch at a local village and after a refreshing swim at the four-star Hotel Hanan Club where you'll be lodging, there will be a free afternoon to bike, explore the village, or simply relax by the pool under the cool palms and the warm North African sun.

6th Day - Ouarzazate – Ait Ourir – Ourika
After breakfast, we’ll travel past a pageantry of fragrant, dense pine and cedar forests, terraced farms and sienna mud-brick Berber villages en route to Ourika (High Atlas Mountains), to visit the Berber village on Anrar and to have a taste of the the Berber life style by having a cup of tea within a Berber family.

Dinner and overnight at your luxury Kasbah Omar at Anrar Mountain of Ourika.

7th Day - Ourika
You will explore one of the most beautiful and unspoiled valleys of the High Atlas Valley of Ourika rises gently up to the preliminary hills of the High Atlas where small typical villages have nested. It is a pure and magnificent place where silence is only " disturbed" by birds singing, water streams and wagtails. Ourika is famous for its pottery, minerals and crystal.

If it is Monday, Thursday or Friday, you will visit the bustling weekly souk of at the Valley.

Dinner and overnight at your luxury Berber Kasbah Omar at the village of Anrar.

8th Day - Marrakech
Travel from Ourika leads us to one of Morocco’s jeweled Imperial Cities, mystical Marrakech. An enchanting palm oasis set against the snow-capped peaks of the High Atlas mountains. Explore the ancient Bahia Palace from the days of the harem, now populated by a sentry of nesting storks, enter the ancient royal Saadian Tombs, explore the vibrant and historic Jewish mellah where some of the best jewelry of Morocco is sold, and see the majestic Koutoubia Mosque before entry into the 9th century walled medina.

Dinner and overnight at your luxury four stars hotel Tichka.

9th Day - Marrakech
In Marrakesh, we’ll spend a full day exploring this majestic Imperial City. Thrill in the bewitchery of the night that beats in the heart of the famed square, Djemaa el-Fna, where delectable fare is grilled over coals in bustling torch-lit open-air markets. Mystical snake charmers, hustlers and mischievous monkeys are part of the nightly drama that unfolds, as Berber acrobats, fortune tellers, musicians and engaging storytellers seduce rapt crowds. Then wind your way through the serpentine labyrinth of the spice-filled air of the bustling souk, unchanged for over 1000 years, where you’ll discover the best of traditional Moroccan craftsmanship.

Dinner at our Moroccan Expert and founder Akim's house to have a taste of the Arab life style.

Accommodaion at your luxury four stars hotel or riad in Marrakech.

10th Day - Marrakech – Essaouira
The 60’s music legends Jimmy Hendrix and the Rolling Stones were drawn to Essaouira’s idyllic charm, which continues today to lure musicians and artists alike to the sparkling whitewashed fishing village trimmed with the brilliant azure of its skies. A former Portuguese settlement in the 18th century, its stone ramparts overlook an emerald sea where dolphins sometimes frolic near the fringe of silvery beach, and camels ferry passengers across fine sand. Dream on the beach, stroll through serene squares, browse artisan shops or the fish market, bursting with a plethora of fruit of the sea to be grilled to a succulent finish before your eyes. Top it your repast with the national drink of Moroccan mint tea and savor delectable French pastries at one Essaouira’s many charming cafes.......This is where you can take a camel ride or a horse riding at the beach of Morocco.... A full day will be spent at Essaouira before return to Marrakesh,.

Accommodation at the four stars hotel or riad in Marrakech.

11th Day - Marrakech
Transfer to Marrakech airport for your return home with plenty of tales of Arabian days and nights.

2 people with a private car and English speaking guide

What's Included:
Breakfast and dinner daily
Four-star hotel and riad lodging and all transportation
Transfers to and from airport
Knowledgeable certified guides
Camel ride in the Sahara
Nomad tent in the Sahara
Private car, gas & driver for the entire trip
Museums fee
All taxes 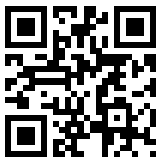 Our reviews are Fully Qualified

We do not take reviews from unqualified sources

Since 1996 we have been working with the best tour operators in Africa. Our unique relationship with those operators ensures only people who have participated in a trip after making an enquiry for it at AfricaGuide.com can leave a review.

The email we send you when you make an enquiry has full instructions for registering a booking and leaving a review - both are free services.

Feel free to read through the reviews for any trip you like the look of.

Trips with no reviews are usually new to AfricaGuide.com but are normally operated by a tour operator who is established here and has gained operator reviews for you to read.

Thanks for visiting, happy travels and don't forget to send us your reviews...

About our trip providers and reviews

We carry out extensive company checks on all our providers, over 20 years we have built strong personal relationships with each of them, which assures you of an unparalleled service, great value and the trip of a lifetime.
We have participated in many of the trips found here (we have a nice job) and make our own independent assessments of the services provided, ensuring they meet with our own high standards.

All the trips are supplied by the end provider of that trip.
You may find the same or similar trips elsewhere, usually these are offered by an agent.
We prefer to give you direct access to the trip provider for reasons outlined below:

We limit the number of providers we work with in order to strike a balance between a good choice of trips and to be sure we can honestly recommend the service and validity of each provider.
Because the majority of trips can be customised by the providers, the choice of trip configurations is in the tens of thousands.

We have 3,000+ reviews for our trips and providers.
All our reviews are fully qualified, we do not take unqualified reviews.
We show all reviews, the good and the critical (very few). Our providers have the ability to respond to reviews and those responses are shown alongside the review.
Acquiring genuine reviews is actually very hard, for our genuine travellers we make this an easy process but many people although satisfied with the service they received do not leave a review.

We hope you find a trip to your liking and we are here to assist.

If you like this trip please feel free to place a link to it at your website.

The html code below is ready to go: